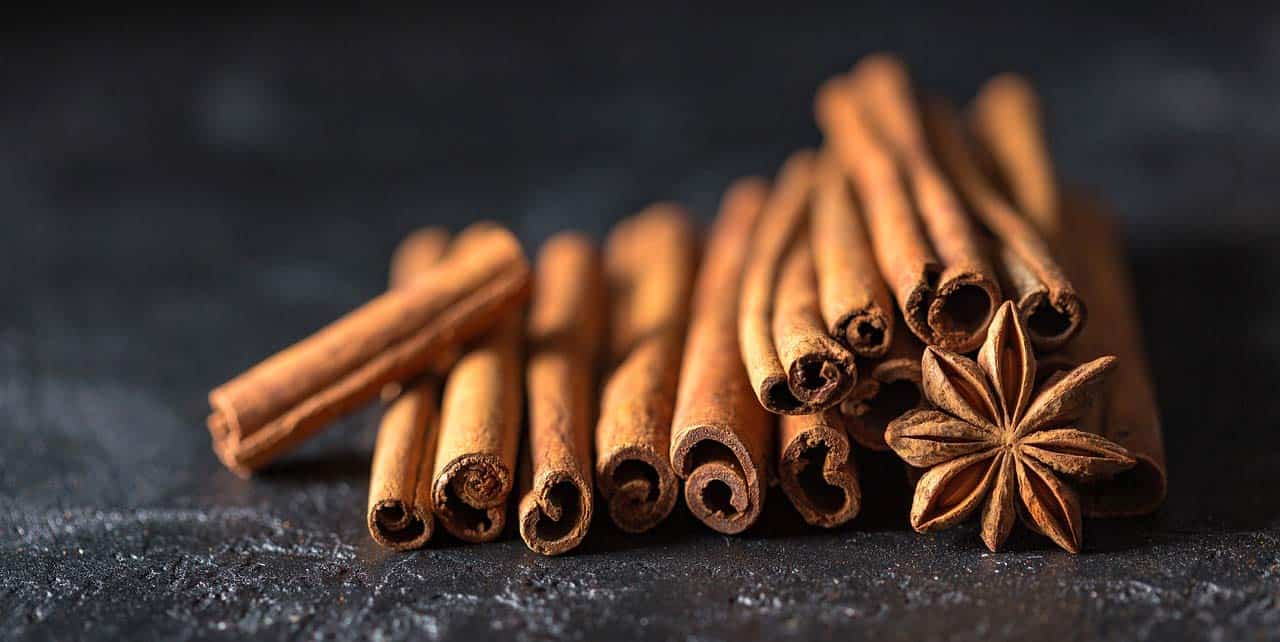 While it’s true that there’s no cure for Type 2 diabetes, cinnamon can be an effective tool in managing diabetes by controlling blood sugar.

According to Lori Kenyon Farley, a Certified Nutrition Consultant specializing in wellness, fitness and anti-aging and one of the experts behind Project Juice, cinnamon can help manage this Diabetes in two different ways. “It can reduce blood pressure and have a positive effect on blood markers for those with Type 2 diabetes,” she explains. Cinnamon can also reduce insulin resistance, which, Farley explains, “has been shown to lower fasting blood sugar levels by up to 29%, which can reduce the instance of Type 2 diabetes.”

Shane Ellison, MS, a medicinal chemist and founder of the Sugar Detox, explains how exactly this works. “(Cinnamon) works directly on the muscle cells to force them to remove sugar from the bloodstream, where it is converted to energy,” he says. “It’s even shown to work better than most prescription meds.”

The key is in increasing insulin sensitivity in the body, a sensitivity that, while present at birth for those without type 1 diabetes, slowly decreases as we age and consume more sugar. As a result, sugar floats around in the blood, causing diabetes and other health problems. “Cinnamon, which is completely non-toxic, repairs the receptors so they are once again responsive to insulin,” Ellison explains. “In time, sugar levels normalize due to an increase in insulin sensitivity.”

Add to this the fact that cinnamon has a naturally sweet taste that is devoid of sugar, making it a great addition to foods like plain yogurt as a dessert or snack, and you’ll soon see why we suggest it as a staple for the pantries of those with Type 2 diabetes.

Even if you do not suffer from diabetes, you may want to include cinnamon in your diet for many of the same reasons as those who do.

As Carina Parikh, MScN, MSiMR, the holistic nutritionist for Kate Naumes ND Holistic Wellness in Dallas explains, the positive impact on Type 2 diabetes symptoms is due to a number of factors, notably “improving serum glucose, lowering fasting blood glucose, and reducing triglycerides, LDL cholesterol, and total cholesterol.” These are all benefits that can help even those not suffering from diabetes, including those with hereditary cholesterol worries or problems.

And that’s not all. “Regular intake of cinnamon may also help to mitigate the effects of high-fat meals by slowing the increase in blood sugar post-meal,” says Parikh. This means that when cinnamon is added to your diet, the effects of occasional high-fat choices may not be quite as detrimental to your health as they would otherwise be.

Cinnamon has been proven to fight fungal, bacterial, and viral elements in foods, thus preventing spoilage. It’s no surprise that in the Middle Ages, when food spoilage was far more frequent due to lack of refrigeration, many recipes, both sweet and savory, were flavored with the cinnamon.

Denise Baron, a wellness educator and director of Ayurveda for Modern Living explains that cinnamon can help with all sorts of lung congestion issues. “It helps clear up mucus and encourages circulation.” But perhaps the most surprising use of cinnamon is in combatting viruses, and not just the common cold. “Research shows that cinnamon extract may help fight the HIV virus by preventing the virus from entering cells,” says Parikh. “Therefore, cinnamon extract could potentially contribute to the management of HIV.”

4. Cinnamon can help with the symptoms of Alzheimer’s and Parkinson’s.

This article cites an Israeli study done at the University of Tel Aviv that found sufficient evidence to conclude that Cinnamon can delay the effects of five aggressive strains of Alzheimer’s inducing genes. Another study also finds that orally administered Cinnamon extract has had good success in correcting Cognitive Impairment in Alzheimer’s Disease in Animal Models.

The latest findings indicate that two compounds found in cinnamon — cinnamaldehyde and epicatechin — may be effective in fighting Alzheimer’s. According to a study by Roshni George and Donald Graves in 2013, two scientists at UC Santa Barbara, Cinnamon has been shown to prevent the development of the filamentous “tangles” found in the brain cells that characterize Alzheimer’s

5. Cinnamon may have cancer preventive properties.

Research shows that Cinnamon oil is a promising solution in the treatment of Tumors, Gastric Cancers and Melanomas. Research studies show that sugar maybe causing or sustaining cancer cells and cinnamon may have a mitigating effect by controlling blood sugar levels in the body. Another study found good results with leukemia and lymphoma cancer cells.

Cinnamon in its various forms has two chemical constituents called Cinnamaldehyde  and Eugenol (From Cinnamon Oil). These have been used to develop nutraceuticals in this study that have proven fairly effective in fighting Human Colon Cancer Cells (Eugenol) and Human hepatoma cells (Cinnamaldehyde). So the evidence seems to suggest that Cinnamon is starving cancer cells of the sugar needed to sustain them. This University of Arizona study found that the cinnamaldehyde component of cinnamon was a potent colorectal cancer fighter.

Consumption of cinnamon can reduce both systemic and specific inflammation. By adding cinnamon to a regular diet, this systemic inflammation can be reduced significantly.

Specific inflammation reduction means that consumption of cinnamon can help address certain types of pain and headaches, as well as arthritis pain. It plays a double role in this particular type of pain, according to Baron, as cinnamon can also boost circulation. “With circulation problems such as Raynaud’s syndrome or arthritis, this helps stimulate and push circulation to the joints,” she explains.

Polycystic ovarian syndrome is a problem with numerous symptoms that need to be managed, and cinnamon can be a key element of this management due to a number of characteristics.

As a digestive cinnamon dramatically reduces the uncomfortable feelings associated with IBS especially the bloating. It does this by killing bacteria and healing infections in the GI tract and enabling the gastric juices to work normally. A Japanese study apparently showed it to cure ulcers but this cannot be verified. But if you do have stomach cramps or upsets, a cup of Cinnamon tea 2-3 times  per day will dramatically reduce the pain. Some people have asked if cinnamon give you gas. No it does not. It actually helps reduce gas and bloating.

With an ORAC value of 267536 μmol TE/100g (USDA 2007) cinnamon is one of the top seven anti-oxidants in the world. The suggestion is that Anti-oxidants reduce the formation of ” Free Radicals ” that cause cancer. This study found Cinnamon has sufficient anti-oxidant properties and makes for improved food palatability. This detailed Indian study (pdf) also found potential anti microbial and antioxidant properties of the volatile oils and oleoresins of cinnamon leaf and bark. But consider anti-oxidants as good for your whole body, repairing some of damage to virtually all parts of your body from skin to organs.

Again the anti-bacterial properties of Cinnamon play a crucial role in getting rid of harmful bacteria without damaging your teeth or gums. It’s one of the reasons that Cinnamon Oil is often used in chewing gums, mouthwashes, toothpaste and breath mints.

Cinnamon apparently has the effect of thinning your blood thereby increasing blood circulation. Increased blood flow generally boosts your metabolism, which is why it may be helpful in weight loss. This blood thinning property of Cinnamon also helps it in acting as an anti clotting agent especially for those suffering from heart disease. Care must be taken not to mix Cinnamon with other blood thinning medication. The main ingredient that causes your blood to thin is Coumarin which is present in high doses in Cassia Cinnamon (0.4%-0.8) but not in Ceylon Cinnamon (0.02%). However Coumarin causes liver damage. So taking Cassia Cinnamon for weight loss may end up causing liver damage.  This article cites Dr. Greenburg of Tufts University as saying it holds promising possibilities for weight loss.. We take a more in depth look here.

This hard to verify German study cited in this article those taking Cinnamon improved their response times and memory recall. While not scientific, our personal experience suggests pretty good results in alertness and concentration.

Why is Cinnamon So Good for You?

Many of cinnamon’s fantastic properties come from one substance, cinnamaldehyde, which is naturally present in cinnamon. According to Parikh, cinnamaldehyde, that make cinnamon such a great addition to your diet.

Also, “cinnamon’s high concentration of antioxidants can help protect the body from damage from free radicals and reduce inflammation, reducing risk of cancer and other diseases,” explains Farley.

The combination of cinnamaldehyde, antioxidants and cinnamon’s high fiber content are some of the characteristics that lend it its incredible positive effects on the human body.

How to Include Cinnamon in Your Diet?

Even with all this evidence pointing to the wonders of cinnamon, you need to be very careful regarding how much to consume, because it might be toxic in large doses.

What Kind of Cinnamon Should Be Used?

Not all cinnamons were created equal, so pay attention what you buy. “Nearly all the cinnamon in the grocery stores and health food stores is a cousin of true cinnamon,” explains Christina Major, a MS Holistic Nutritionist and Herbalist and the Health Recovery Expert of Crystal Holistic Health.

Try to opt out for Cinnamomum verum, because it provides the health benefits due to its true potency. This is an expensive spice that is often substituted with Cinnamomum cassia. When you shop the supermarkets and local health food stores, you’ll likely see Cinnamomum cassia sold as Chinese or Cassia Cinnamon, whereas Cinnamomum verum will be sold as Ceylon cinnamon.

If you already have Cinnamon cassia on your shelf, you can try integrating it into your diet, but keep in mind a few important notes.

Likely, you will not find the same benefits outlined with regards to Cinnamon Verum hold true with Cassia. That might be a reason why home remedies don’t work.

How Much Cinnamon Should I Eat?

Once you’ve got your hands on Cinnamon Verum (a.k.a. Ceylon Cinnamon), the recommended dosage, according to the U.S. Department of Health, is up to 6 grams daily (2tsp) for 6 weeks or fewer, followed by one week of rest, while Turmeric can be taken then due to similar properties.

How Should Cinnamon Be Added to a Diet?

Cinnamon can be purchased in several forms, including ground powder, cinnamon sticks, cinnamon bark oil, or even capsules.

One teaspoon of cinnamon powder can be added to coffee, or sprinkled some over a fruit platter. It’s also great with baked sweet potatoes, oatmeals and apple cider.

Cinnamon doesn’t always have to be used alone. As one of the examples, it can be combined with ginger, turmeric and cardamom if a person has sluggish digestive system.

Cinnamon-scented candles can be used to boost brain function. Great homemade toothpaste can be made with nutmeg, baking soda and cinnamon essential oil.

*The FDA has not approved Cinnamon to cure any medical condition. This information is presented for informational purposes and is not intended to treat, diagnose or cure any illness. Consult a physician before taking any Cinnamon.