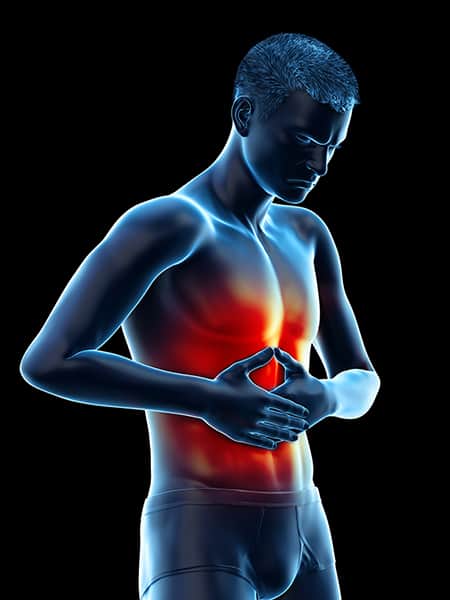 What Is Autoimmune Disease?

What Are the Symptoms?

In the early stages, many autoimmune diseases share common symptoms. This can make it challenging to obtain an accurate diagnosis. Many people live for several years without knowing or receiving an official diagnosis. Some of these symptoms include:

If you have ever had a cut, burn, or animal bite, you are likely familiar with inflammation as a response to bodily trauma. Inflammation is a necessary survival mechanism that helps the body to fight germs and repair damaged tissues.

However, inflammation is problematic when it becomes a chronic response to certain lifestyle choices and environmental factors. When inflammation lingers, the immune system signals white blood cells to attack nearby healthy tissues and organs, perpetuating the cycle of chronic inflammation.

There is more evidence today that points to inflammation as one of the biggest contributors to disease. Scientists have discovered that inflammation is a common element in major diseases such as heart disease and long-term respiratory diseases, like asthma.

It is also suspected in autoimmune diseases such as MS, lupus, or rheumatoid arthritis. Chronic inflammation leads to significant organ and tissue damage.

In addition to Functional Medicine approach, working with a chiropractor is an excellent way to manage inflammation. When the spine and joints are in proper alignment, your nerves can function correctly. This causes the production of neuropeptides to stop, which decreases inflammation. Nerves that are in an aligned spine are not pinched or touched by discs or vertebrae so they don’t send out distress signals to muscles which can cause inflammation.

Although many people are struggling with the complexities that come with an autoimmune diagnosis, there is yet to be a definitive answer as to what exactly causes the disease. Certain triggers have been identified: inflammation, environmental factors, food sensitivities, intestinal permeability, chemical irritants, and pharmaceuticals. Occasionally a bacteria or virus will initiate change in the immune system.

The Western diet is a suspected risk factor because diets high in fats and processed sugar can lead to inflammation. Sometimes autoimmune diseases are genetic and will occur in different generations of a family.

What Are Some Common Autoimmune Diseases?

Scientists have discovered more than 80 autoimmune diseases. Some of the most common ones include:

In Hashimoto’s thyroiditis, the immune system attacks the thyroid, causing a deficiency in thyroid hormone production. Inflammation from Hashimoto’s leads to hypothyroidism.

Lupus was first thought to be a skin disease due to the rash that occurs during a flare-up. It is now known that Lupus can affect any part of your body, causing pain and arthritis, or inflammation of the joints.

Celiac is an autoimmune response in genetically predisposed people who have an intolerance to gluten. The immune system attacks the small intestine, disturbing nutrient absorption.

In type 1 diabetes, the insulin-producing cells in the pancreas are attacked by the immune system. This prevents the pancreas from producing insulin, and for many, the disease begins in childhood.

There isn’t a singular test that can be administered to determine if you have an autoimmune disease. Your doctor should use a combination of testing and review of symptoms, as well as a physical examination to determine your diagnosis.

Other tests can check for inflammation and autoantibodies produced in specified autoimmune diseases. If you or your doctor suspect you may be suffering from an autoimmune disease, you may need to see a specialist such as a rheumatologist, hematologist or neurologist.

Currently, treatments available for autoimmune disease do not cure the underlying disease; they just address the symptoms. Immunosuppressants are medications that suppress or reduce the strength of the immune system. These are used in hopes to quiet the immune system while not decreasing its effectiveness in other needed areas such as infections and fighting off viruses. Other traditional forms of treatment include rehabilitation and physical therapy.

Some people prefer not to take immunosuppressants and seek a more natural avenue for treatment. Chiropractic bodywork may be a highly effective option for you. It is recommended that you consult with your primary care physician before making any serious changes in your treatment plan.

However, we are happy to work with you and your primary doctor to come up with an integrated approach. Chiropractic embraces a well-balanced lifestyle for health, including proper nutrition and exercise, in addition to chiropractic care.

How Functional Medicine Can Help

Unlike conventional medicine, which only seeks to cure the symptoms, Functional Medicine looks for the root cause of those symptoms. In some cases, there may be many causes for one condition; in others, there may be one cause for several conditions.

Through a systems-oriented biological approach, Functional Medicine views the individual patient as more than just a product of their bodies. Instead, they are a mixture of their environment, genetics, lifestyle, and spirituality.

By removing the functional disturbance triggers that cause autoimmune responses, Functional Medicine can help the body heal and manage flare-ups by restoring balance to the bodily systems.

How Chiropractic Care Can Help

At Atlant Health, we work with the individual to tailor a well-rounded and in-depth treatment plan to address all your needs and concerns. Chiropractic care has the potential to help you manage your symptoms and improve your quality of life and supplement your primary treatment plan.

Whether you have a new autoimmune diagnosis or are looking for holistic management of symptoms, we are confident in our ability to help.

Chiropractic is non-invasive and hands-on. This practice alleviates pain, increases blood flow, improves posture and regulates energy flow. In chiropractic philosophy, the holistic approach is embodied, which holds the belief that the body is a self-healing organism.

By making small adjustments to the spine, chiropractic can improve spinal cord function and increase the body’s ability to heal itself. Your treatment with us will focus on treating the causes of problems, rather than just the symptoms of the disease.

To schedule a Chiropractic Consultation