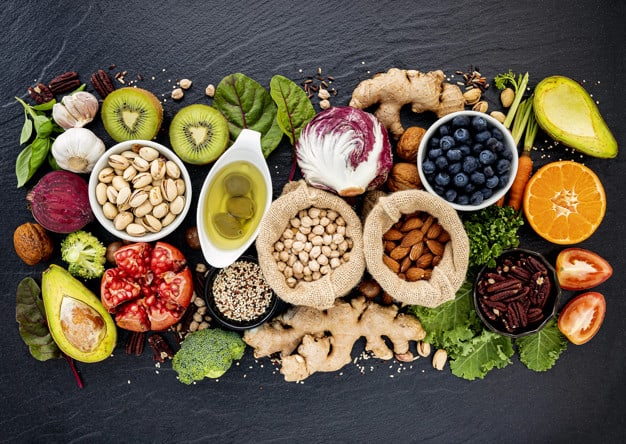 Intermittent Fasting In a Nutshell

Intermittent Fasting In A Nutshell.

There is currently a lot of hype surrounding intermittent fasting (IF). There is a great article written by Biotics Research Team (https://www.bioticsresearch.com), explaining all you need to know about Intermittent Fasting and how that can be applied to your daily routine. Raising a lot of questions and misconceptions, but the truth is – giving the body time to heal is critical for overall health and wellbeing. While IF is concerned with when you eat, it’s still important to eat a clean healthy diet to get the full benefits of IF.

The human body is filled with inherent repair systems that will naturally turn on in certain circumstances. From autophagy, immunotherapy, activating Natural Killer (NK) cells, to neuroplasticity and stem cell proliferation. The emerging science surrounding the body’s natural ability to heal and rejuvenate with IF is exciting.

Despite the body’s natural ability to heal – we humans often get in the way and thwart this aptitude toward rejuvenation.

We’re in the middle of a global obesity epidemic. 1.9 billion adults are now classed as “overweight”, that’s a massive – 39% of the global population. Sadly this expansive, and entirely preventable crisis isn’t isolated to the adult population in the US.

Asian nations are following the same trajectory, and tens of millions of our children are suffering the same fate. According to WHO, 340 million young people aged 5-19, and 41 million children under 5 years were overweight or obese in 2016.

Why Is This Health Crisis Happening?

Additionally, modern lifestyles are often stressful and sedentary – which severely impacts overall health. Then there is automation – cars, washing machines, dishwashers and smartphones making life so much easier and less active. Industrialized society has developed so fast that we may need to take a step back and learn how to promote wellbeing in the 21st century.

Thankfully intermittent fasting (IF) has been extensively studied and presents a free and (relatively) easy solution. We are all conditioned to eat 5-6 meals per day, which not only regularly spikes insulin, it means that we eat for far too many hours of the day. Diet is a complex and evolving topic – but IF is easy. 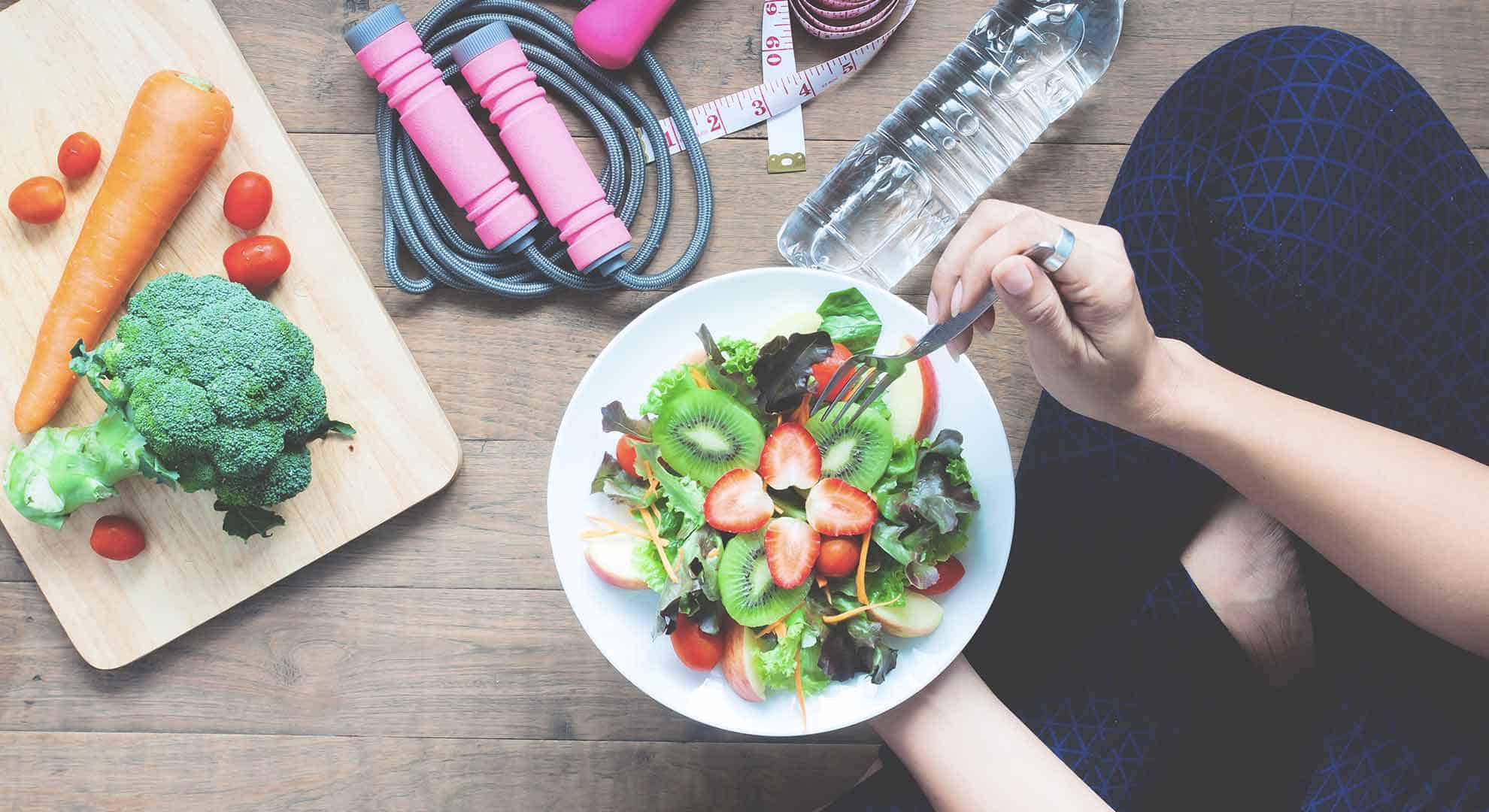 What Is Intermittent Fasting (IF)?

Some people prefer the term “Time Restricted Feeding” when it comes to IF. The basic premise is to optimize the process of switching between our feast (eating) and famine (fasting) state. IF is not a diet – it’s a protocol that involves extending your natural fasting period.

Everyone fasts daily while sleeping. Normally consuming BREAK-FAST in the morning to “break” the fast. In the IF world people speak of eating and fasting “windows” as follows:

Intermittent Fasting is an Extension of the Fasting Concept. However IF is done repeatedly over a condensed timeframe. The most famous being the 5:2 or 8:16 methods, as outlined below:

Some experts, like Valter Longo and Satchindananda Panda have reported that abstaining from food for 13-14 hours is long enough to benefit from IF. This allows people to eat breakfast, lunch, and enjoy dinner, while avoiding the temptation to yo-yo diet.

The History of Fasting.

“To eat when you are sick, is to feed your illness” – Hippocrates

Fasting is not a new concept, records show that it was used way back in 360 BC by Hippocrates in ancient Greece to improve health. However fasting protocols are often forgotten in modern times. Fasting has been used for weight loss, improved concentration, to reverse aging, to prevent chronic disease and much more.

No matter where we look in the world, we’ll find different forms of fasting traditions, from Lent in Catholicism to Ramadan in Islam. Fasting is a protocol that has been used by humans since the beginning of time.

In Asia fasting is known as “zhai” or “zai”, which means both “vegetarian” and “fasting.” Many people believe that removing indulgences from the diet (e.g. foods that are only eaten for taste) brings about spiritual merit and physical wellbeing. Buddhists also take part in daily and prolonged fasts for moral and spiritual reasons.

America’s forefather Benjamin Franklin was an advocate of fasting and stated:

3 Types of Fasts to Optimize Health

There are many types of fasts from religious fasting to time-restricted feeding. Let’s dive into the top 3 types of fasts that are reportedly great for your health:

Who Fasting/IF is NOT For

Fasting is not for everyone. Certain people should completely avoid it, while others should seek advice from their primary care physician. The people who should avoid fasting altogether include:

How does IF work?

To understand how Intermittent Fasting works, we must look to natural circadian rhythms. During times of rest and repair, the body focuses solely on healing. As during this time it’s not concerned with the digestion process.

When there is less glucose for fuel, the body will turn to burn fat stores. Burning fat for fuel can activate a myriad of health benefits – from stem cell activation and enhanced brain function to advanced healing.

A Natural Approach to Weight Loss.

A preliminary research study on fasting published by the University of California monitored 19 participants. They exposed that refraining from eating for just 14 hours of the day, while providing a 10-hour eating window for people to consume food was adequate to stimulate weight loss. Dr. Pam Taub, cardiologist and author of the study said, “We saw a 3% reduction in their weight and a 4% reduction in abdominal visceral fat.”

In the study, participants were not asked to change what they ate. The only thing they were asked to do was eat inside a 10-hour eating window and stay hydrated during their fasting phase. Lead researcher Satchidananda Panda said: “We are surprised that this small change in eating time would give them such a huge benefit.” The most effective duration for fasting is not yet established.

Energy is normally created from blood sugar and glycogen (stored glucose in muscles and the liver). When we eat we replenish these stores. Fat remains untouched as we continually replenish our glycogen stores. Additionally, with age bodies don’t utilize fat stores as efficiently, making it harder to use fat for fuel later in life.

It takes up to 8 hours for glycogen stores to fully metabolize. Once glycogen is depleted, the body will turn to burning fat for fuel. The human body will only metabolize fat stores as a last resort (after approximately 8 hours of fasting) – making IF the go-to remedy for weight loss.

Health Benefits of IF.

IF has many health boosting effects that far exceed the initial weight loss goal. For example insulin can be regulated, blood pressure normalized, muscle growth will increase and our brains will perform better. Additionally, when following an IF protocol you can eat the same amount of food and don’t have to count calories.

IF encourages the pituitary gland to produce Human Growth Hormone (HGH) – the “fitness hormone”. In addition, healthier tissues grow and stem cells are activated. Studies have also shown that IF can stimulate nerve growth.

IF also results in enhanced autophagy – removing damaged cells from the body. While the production of BDNF is greatly increased helping the brain to function optimally. Low levels of BDNF have been linked to increased chances of depression.

Alternate day fasting involves modified fasting every other day (as the name suggests). That might look like – limiting calories on fasting days. For example, eating just one small 500 calorie meal on fasting days, and consuming a balanced healthy diet on non-fasting days. This form of the IF protocol has been proven to lower LDL cholesterol when followed for six months.

There are many metabolic mechanisms that fuel the benefits of intermittent fasting. Fluctuating between using ketones (fat) for fuel and glucose (sugar) is known as metabolic switching and has been found to make the body more flexible in what fuel source it uses.

What Does Science Say About Alternate-day fasting?

Studies have focused on a variety of markers to measure the efficacy of IF. Such as – weight loss, metabolic markers, cognitive function and the prevention of chronic diseases.

In one 2019 study of 24-hour water fasting researchers observed a reduction in TMAO (trimethylamine N-oxide) which impacts microbiome markers for cardiovascular disease.

Another study found therapeutic use of intermittent fasting for people with type-2 diabetes. Participants in the study lost significant amounts of body weight, reduced their waist circumference and also reduced their glycated hemoglobin level.

There have been many studies done on the outcomes of time-restricted eating, sometimes referred to as time restricted feeding (TRF). One study on the 16:8 protocol in humans found that there was a reduction in weight and blood pressure.

In a promising animal study, researchers put rats on a 15:9 IF regime and studied their weight. The rats were allowed to eat their normal food at the weekends and the researchers found that this didn’t affect results.  Meaning you could do the 15:9 during the week and eat a normal healthy diet at the weekend and still reap the same rewards.

The Downsides of IF.

Some studies carried out with animal models have not reported such beneficial effects of IF. One study found that restricted feeding IF resulted in higher glycogen storage in the liver and skeletal muscle, and an increase in insulin resistance. Another animal study found that IF led to excessive eating on the non-fasting days, which makes sense. The over-eating was reportedly due to a change in hypothalamic function.

There can be some negative outcomes of IF, that are normally temporary. For example an increase in the hormone cortisol, the main stress hormone. An outcome of which can be stress related symptoms like migraines. These negative stress factors have been found to reduce after a few weeks of following an IF regime. This temporary stress response may explain why some people take longer to get weight-loss results from IF.

One reason that people with disordered eating should refrain from IF is the fact that it can heighten the food reward sensors in the brain. Scientists call this the “relative-reinforcing value of food” (RRV) – which basically means we crave food more if we have a high RRV. High RRV for snack foods was found in people who had fasted for just 24hours.

Intermittent Fasting may sound like a miracle cure, and it can be helpful for many people. The benefits of IF correlate to eating in accordance with how our bodies naturally operate. Tuning up our systems and making them cleaner and alert. The intestinal lining gets a chance to rest and repair, thus optimizing nutrient uptake and enhancing overall quality of life.